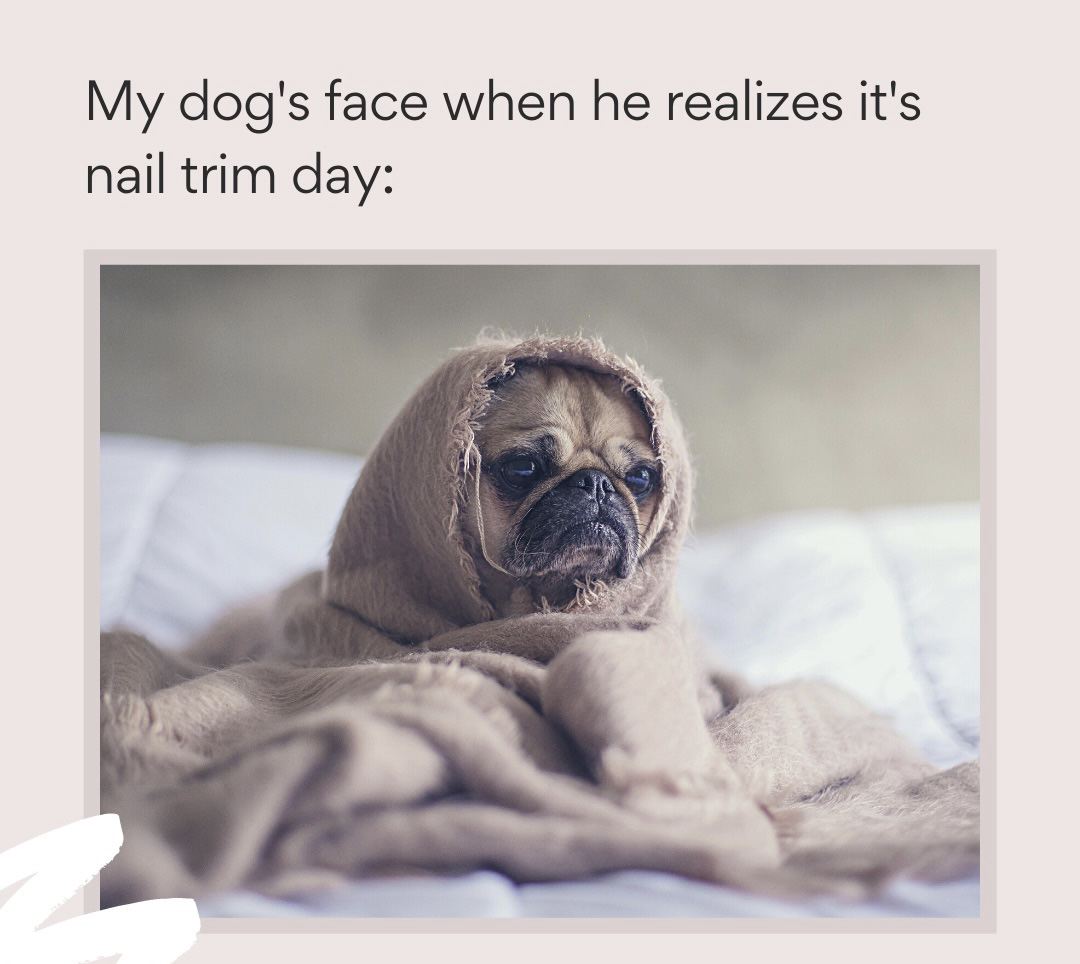 One big reason dogs hate having their nails trimmed is simply that they are not used to it and the strangeness of the experience elicits a fearful self-protective response. This can be the case if they didn’t have their paws handled enough as puppies. They might also have negative memories of the clippers if their nails have been clipped too aggressively in the past, causing pain and stress. The first step, therefore, should be to change the way they perceive nail trims, from a horrible torture method to something they can tolerate on a regular basis.

This is achieved through a combination of desensitization and counter-conditioning. These are two terms that are commonly used in dog training, and they describe methods that change a dog’s behavior by reshaping their attitude and response to a negative stimulus. Desensitization is the act of gently exposing the dog to low levels of a fearful stimulus (in this case, a nail trim) to help them learn that it’s not as scary as they think. Counter-conditioning is the act of helping them create a positive association to the stimulus by pairing it with something they really like, such as treats. The trick to these methods is to carry them out very gradually.

Watch our blog tomorrow for what comes next!